In terms of staging, SCLC is typically classified as “limited” or “extensive” as opposed to Stage I, II, III, or IV. SCLC is considered limited stage when the cancer is only on one side of the chest and can be targeted with a single radiation field. This generally includes cancers that are only in one lung. However, lymph nodes above the collarbone, called supraclavicular nodes, can be affected in limited stage as long as they are one the same side of the chest as the cancer. Some oncologists also include lymph nodes at the center of the chest, called mediastinal lymph nodes, even when they are closer to the other side of the chest. What is important is that the cancer must be confined to an area that is small enough to be treated with radiation therapy in one “port.” Having limited stage SCLC indicates that you can be treated with curative intent.

As mentioned, most people that are diagnosed with SCLC have been living with the disease for quite some time before developing any symptoms. Once chest pain or other symptoms are actually detected, the disease has likely metastasized in most cases and is very difficult to treat with curative intent. Thus, it is absolutely imperative that smokers are screened for lung cancer regularly. Additionally, if you develop chest pain, a cough that doesn’t go away or gets worse, shortness of breath, or a new onset of wheezing bronchitis or pneumonia that doesn’t go away, you should consult your physician immediately about obtaining a CT Scan for your lungs.

Because SCLC only accounts for about 10 to 15% of all lung cancer types, most lung cancer research and clinical trials are focused on NSCLC. For this reason, if you are diagnosed with SCLC, it is critical you seek out a thoracic oncologist that has extensive experience and specializes in treating patients with SCLC.

The treatment you receive is completely dependent upon whether your SCLC is limited or extensive. The following are treatments for both limited and extensive stage SCLC.

The specific first-line chemotherapy that is typically administered is a combination of a platinum-based drug with Etoposide. The platinum based drugs that are available are Cisplatin or Carboplatin. Cisplatin is stronger and has been shown to be slightly more effective. Carboplatin is still very effective and has less significant side effects. SCLC is very responsive to chemotherapy, much more so than other cell types of lung cancer, and most patients experience a significant decrease in the size of the tumors. However, in extensive stage patients, the cancer is likely to return. Nevertheless, the longer you are progression free after first-line treatment, the more likely second-line treatment will be effective. The platinum-based chemotherapy/Etoposide combination is typically administered for 4-6 cycles. Data shows that SCLC fails to respond to the platinum-based chemotherapy/Etoposide combination after one round. Thus, you can only get this combination for one round.

Responses to second-line chemotherapy are generally not as dramatic as the responses to first-line therapy, and the duration of response is often not as long. This is because the cancer cells become resistant to chemotherapy, and not just the drugs that have already been used, but also to other structurally and functionally unrelated drugs.

The Cyclophosphamide, Adriamycin, and Vincristine (CAV) combination are a possible effective third-line treatment. CAV is an old treatment and has been around since the late 80’s. However, although CAV has been around for decades, SCLC can be very responsive to this regimen and many patients have benefited. CAV is administered once every three to four weeks. However, after about four cycles, the Adriamycin must be dropped from the treatment regimen due to high toxicity levels.

Because about 50% of SCLC patients will develop metastases to the brain patients have the option of undergoing prophylactic cranial irradiation (PCI). PCI is intended to prevent brain metastases from developing. However, data does not definitively suggest that there is a benefit from PCI. You’ll find that the thoracic oncologist profession is split in their belief as whether to prescribe PCI prior to the patient develop brain metastases.

Rovalpituzumab Tesirine (Rova-T) binds to a protein called DLL3, which is a highly expressed protein in patients with SCLC. Rova-T can recognize cell surface receptors that are overexpressed in cancer cells, allowing the delivery of the drug directly to the tumor. The Rova-T trials have shown promise thus far. Many patients have had partial responses and some have even had disease stabilization. It is definitely worth asking your oncologist about the Rova-T clinical trials.

PARP1, an enzyme involved in DNA repair, is expressed in high levels in SCLC cells. Researchers believe that these high levels may be related to the loss of RB1 and TP53, which are tumor suppressor genes. Oncologists believe the loss of these tumor suppressor genes could be driving SCLC. Thus, there are currently late stage clinical trials taking place that use the PARP Inhibitor, Veliparib, to inhibit PARP proteins, in combination with standard platinum-based chemotherapy/Etoposide. Results have been promising thus far.

Ipilimumab, Nivolumab, and Pembrolizumab are FDA approved immunotherapy agents used for Non-Small Cell Lung Cancer. However, there are many ongoing clinical trials that are using these agents to treat SCLC. There has been a good response in many of these trials. These drugs block the pathways cancer cells use to evade the body’s immune system. Blocking these pathways with specific antibodies allows the body’s immune system to respond to the cancer. Once the immune system is able to recognize and respond to the cancer, it can stop or slow cancer growth. It is definitely worth asking your oncologist about immunotherapy trials to treat SCLC.

We’ve compiled a list of articles written by the leading thoracic oncologists specializing in SCLC that provide the latest information regarding the disease and new, innovative treatments in development.

Generally, clinical trials consist of three to four phases. The purpose of phase I and II trials are typically to find the correct dosage of a treatment that can be tolerated. If the drug used in the early phases of a trial show promise, the trial proceeds to phases III and IV. These later phase trials are used to determine the efficacy of the drug. If the drug proves to be effective after the later phase trials, it begins FDA approval proceedings. Once FDA approved, the new drug becomes a standard treatment option.

All ongoing clinical trials conducted throughout the world are listed in an online database called ClinicalTrials.gov. ClinicalTrials.gov is an extremely valuable site and is even used by the leading oncologists in the world. It’s beneficial because it allows patients to find trials based on disease, location, and trial phase.

There are several SCLC clinical trials currently taking place that are worth discussing with your oncologist. They are the following:

Rovalpituzumab Tesirine (Rova-T) binds to a protein called DLL3, which is a highly expressed protein in patients with SCLC. Rova-T can recognize cell surface receptors that are overexpressed in cancer cells, allowing the delivery of the drug directly to the tumor. This trial may be beneficial for SCLC patients looking for third line treatments with relapsed or refractory SCLC.

PARP1, an enzyme involved in DNA repair, is expressed in high levels in SCLC cells. Researchers believe that these high levels may be related to the loss of RB1 and TP53, which are tumor suppressor genes. Oncologists believe the loss of these tumor suppressor genes could be driving SCLC. Thus, researchers have developed a PARP Inhibitor, called Veliparib, to inhibit PARP proteins. This trial is great because Veliparib is used in combination with standard platinum-based chemotherapy/Etoposide. Thus, any SCLC patient receiving first line treatment will likely receive standard platinum-based chemotherapy/Etoposide. So it’s reasonable to discuss receiving Veliparib with the standard treatment regimen as well.

Finding the right oncologist is extremely difficult and takes a significant amount of research and discussion. It’s important to find an oncologist that you can develop a connection with and can empathize with you.

It’s necessary that your oncologist is willing to communicate with you outside of clinic appointments and will respond to you quickly if you cannot reach them initially. If you decide you want to fight aggressively, it’s important you find an oncologist that will be aggressive, while thinking outside the box. Lastly, it’s absolutely necessary you obtain a second opinion. You need a second opinion regarding 1) your diagnosis AND 2) your prescribed treatment regimen. The best oncologists will be happy to provide you with a referral for a second opinion. If your oncologist becomes defensive when asking for a referral for a second opinion, they are likely not an oncologist you want to be treated by. The best oncologists will be secure enough to provide you referrals.

Lastly, and most importantly, it’s essential to find an oncologist that will empathize with what you’re experiencing and will truly fight like hell for you. One of the major issues with cancer treatment today is many oncologists don’t put themselves in the patient’s position and treat patients like just another statistic. Obviously, oncologists need to be realistic, but there’s always something that can be done and each patient is their own statistic. The moment your oncologist states that nothing else can be done to help you is when it’s necessary to find another oncologist to treat you. Realistically, every patient’s genetic makeup is unique and each patient needs to have a unique treatment plan that’s tailored to them.

We’ve compiled a list of the leading thoracic oncologists and thoracic clinics in the world that specialize in treating SCLC. 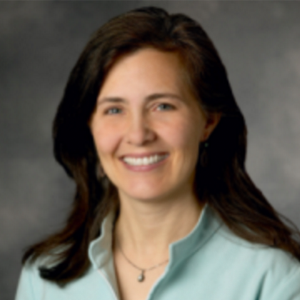 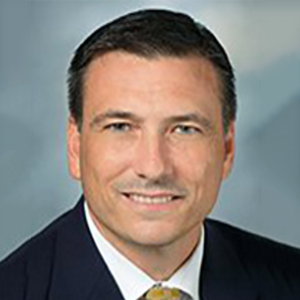 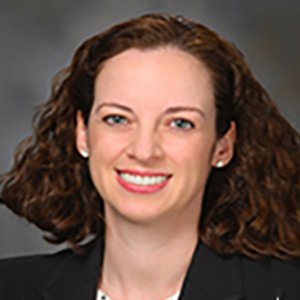 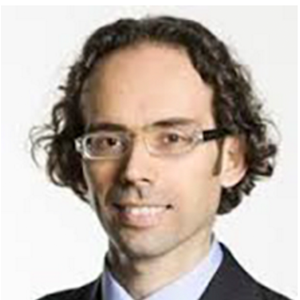 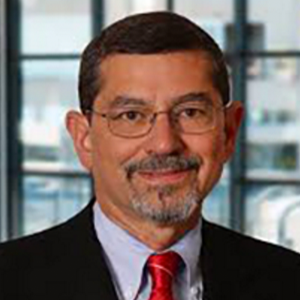 Dr. Cathy Pietanza, from Memorial Sloan Kettering, emphasizes that an effective treatment for SCLC will likely come from molecular changes in the tumor; however, there may not be one particular small cell driver, as in non-small cell lung cancer. Additionally, there’s a resistant cell that’s integrated into SCLC tumors which creates a clone. If researchers are able to find that cell and discover what drives it, it’s likely that significant advancements in treating SCLC will be made because oncologists will be treating the underlying cause of the disease. Video here.